Sour Can Be Shocking for Dogwood Kindergarteners 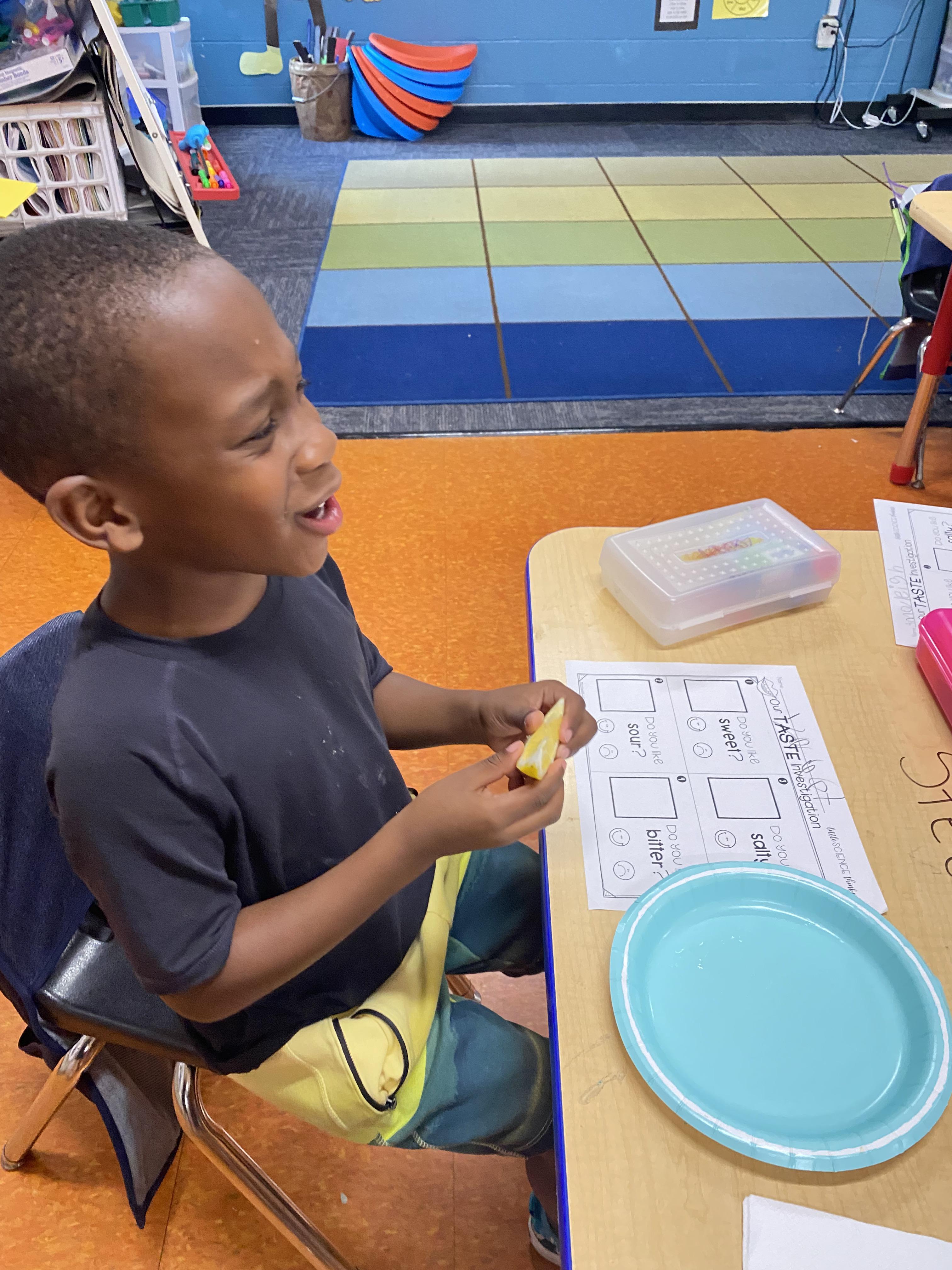 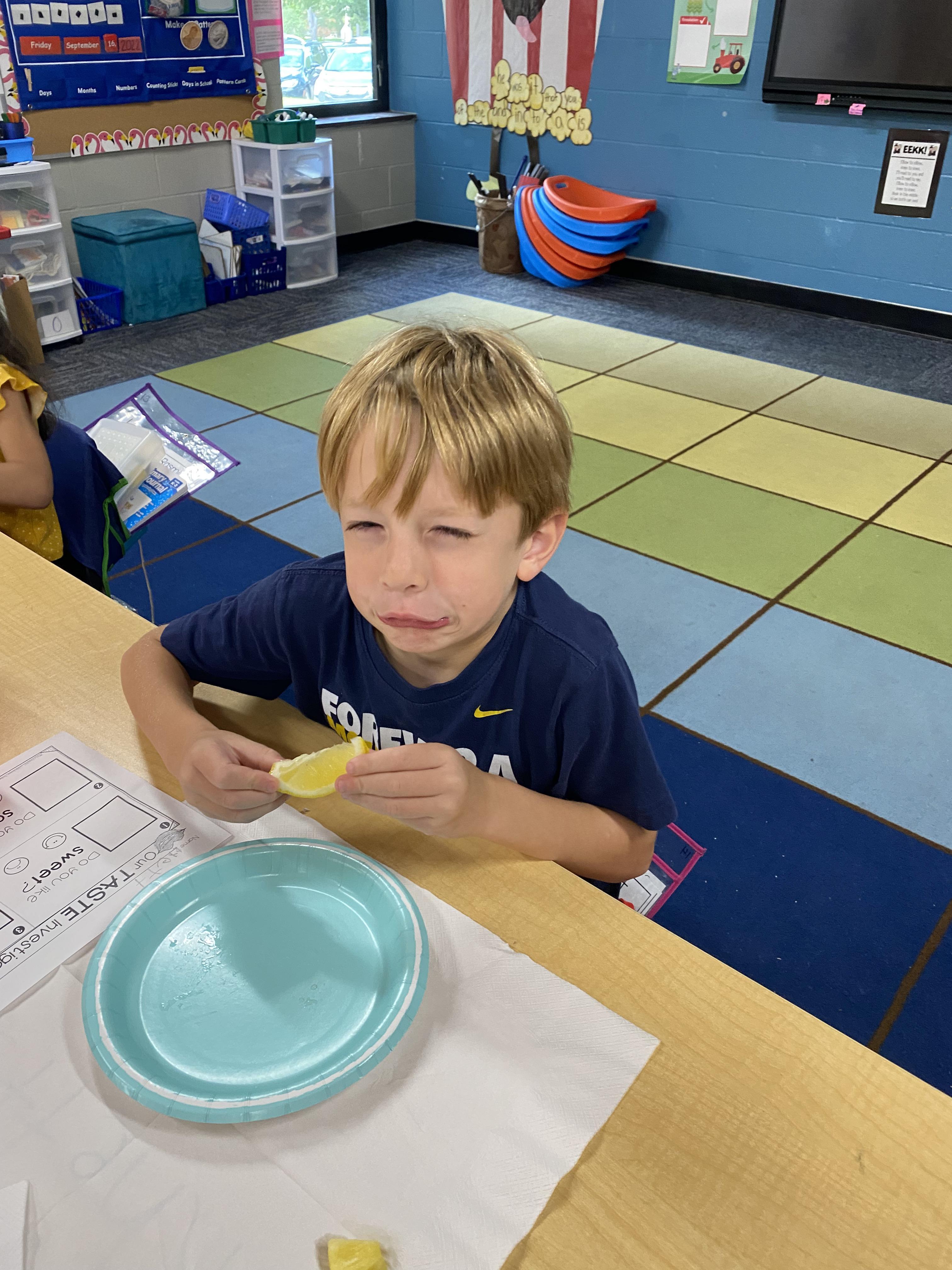 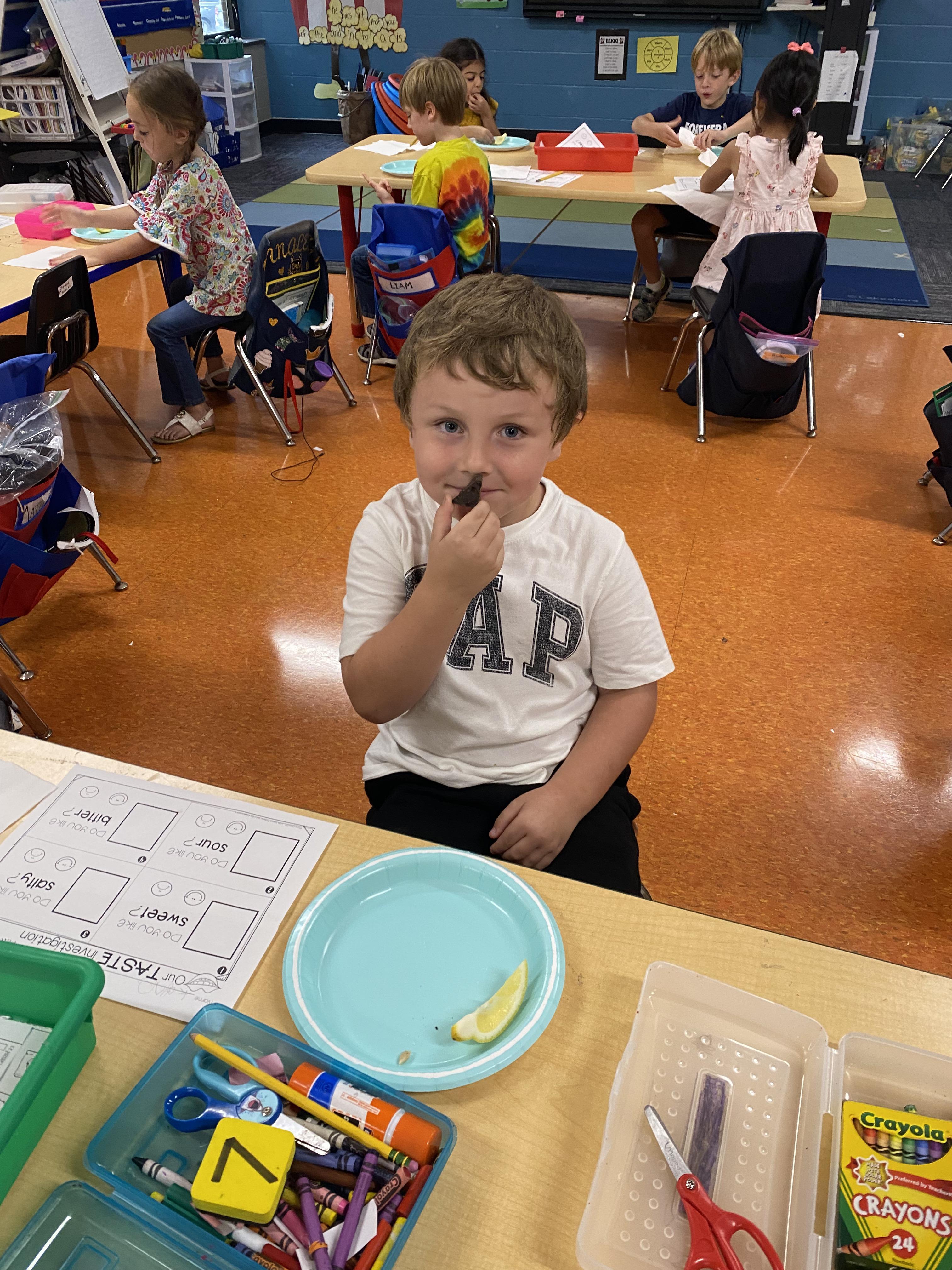 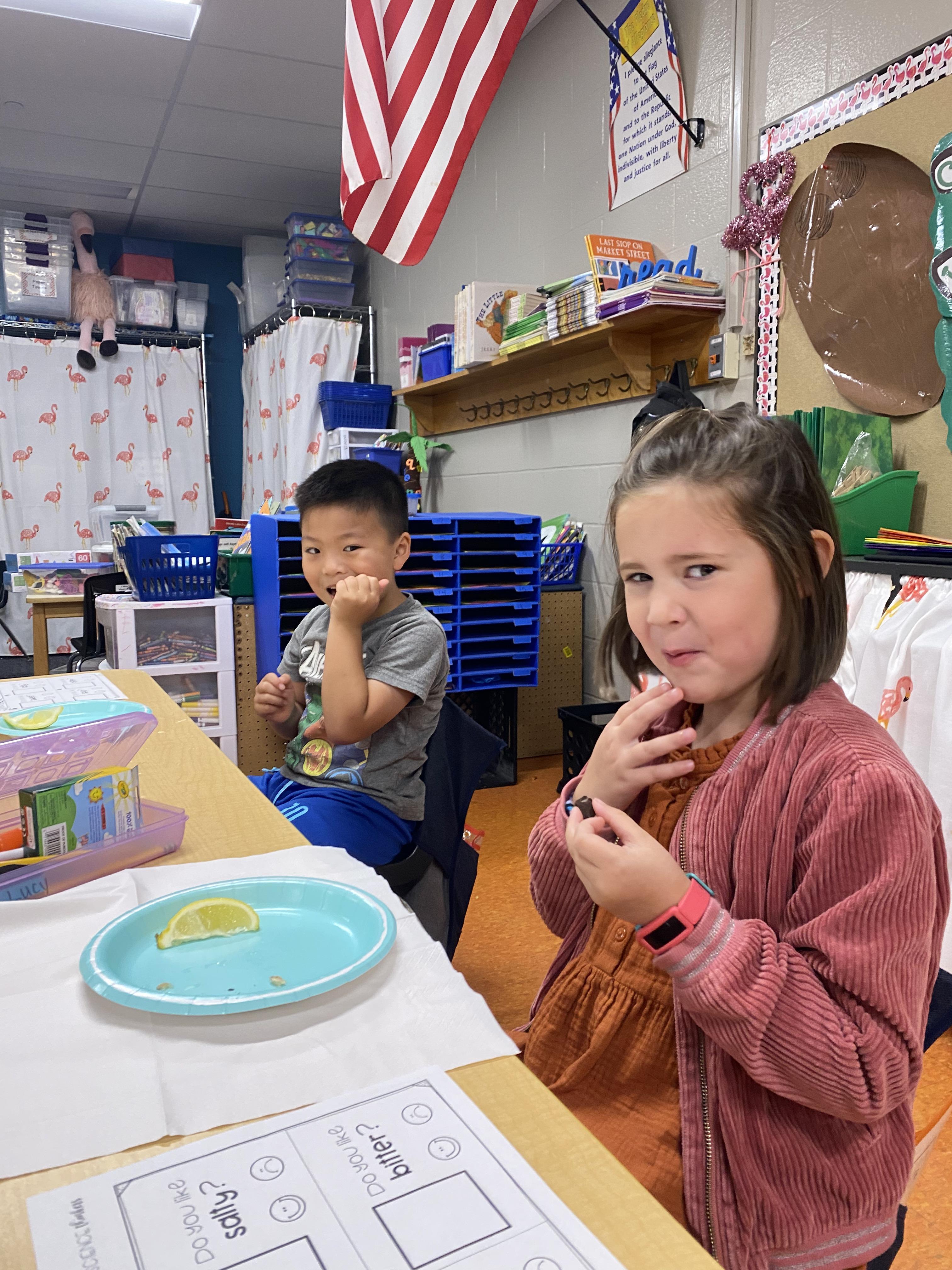 Kindergarteners explore taste after unit on the five senses.

“I can’t get the sour-y smell out of my mouth,” kindergartener Tristan Laumonnerie said as he smelled and then tasted a lemon.

The Dogwood kindergarten classes just finished their unit on the five senses, and as a culminating activity, they participated in a tasting. The students sampled coconut, pineapple, lemon, and unsweetened chocolate. They started with smell and then a tentative bite as they explored the difference between sweet, bitter, and sour.

Ms. Word held up her hand and asked the student to tell her the one rule of tasting: Don’t eat until everyone has some. They started with coconut, and that got a lot of thumbs down responses. Then came the pineapple.  Once everyone had a piece on their plates, the fun started. The students let loose a chorus of mmmm’s, which was a welcome change after the coconut.

“It [the coconut] was terrible. It smelled like seawater,” said Lanie Laird.

The bad tastes weren’t relegated to the coconut. The sour lemon was a shock to some too. The whole class got excited when Ms. Word brought out the unsweetened chocolate. As she walked around, polite students told her “thank you.” Her response was “thank me later.”

They did not thank her later as they rushed to get water after tasting the bitter chocolate. “You tricked me,” was shouted from all corners of the room.

They learned that food can be tricky, but it is all worth a try.